“It’s great to see Tiger hitting balls again and even more enjoyable to see him playing in the first event back from injury his son Charlie at the PNC Championship. Though Tiger has admitted that he will never be the same again after the car crash, the determination during his rehabilitation to tee it up with Charlie at the Ritz Carlton Club Orlando would have been pushing him on just ask much as any Major. Itís great to see the pair on course having fun, as that is what the game is really about. It comes as no surprise to see that Charlie has a true gift for the game. I will point out in the following pages some of the key elements from his swing other junior golfers could benefit from.” – Pete Cowen

1. Charlie has a really nice set up as you would expect from copying his dad over the years. He looks comfortable over the ball. The arm and shaft alignment is good  along with his hip position.

2.  He sets the club early with the wrists but the club is slightly over rotated and you can see more of the back of the left hand in the early part of the take away and the right hand is a little bit under. This movement is going to create a little more speed but not as much accuracy, but at his age it’s all about speed which is good to see.

3. Now he’s starting to let the wrist hinge and cock at the same time. The left arm is parallel  but with some players you might see more of a vertical shaft in the wind up but Charlie has still been able to load the shaft.

4. This looks like a three-quarter swing but he has a full 90 degree arch between his left arm and the shaft. For a young lad he has a very strong lower body.

5. Here Charlie has driven the legs down and his right knee has turned under the right hip which is allowing the left side to get a little stronger and leaving the arms back.

6. His left arm and shaft are still at 90 degrees and he has pushed the right knee further under  with the left leg moving back on itself to create a little more speed in the hips. 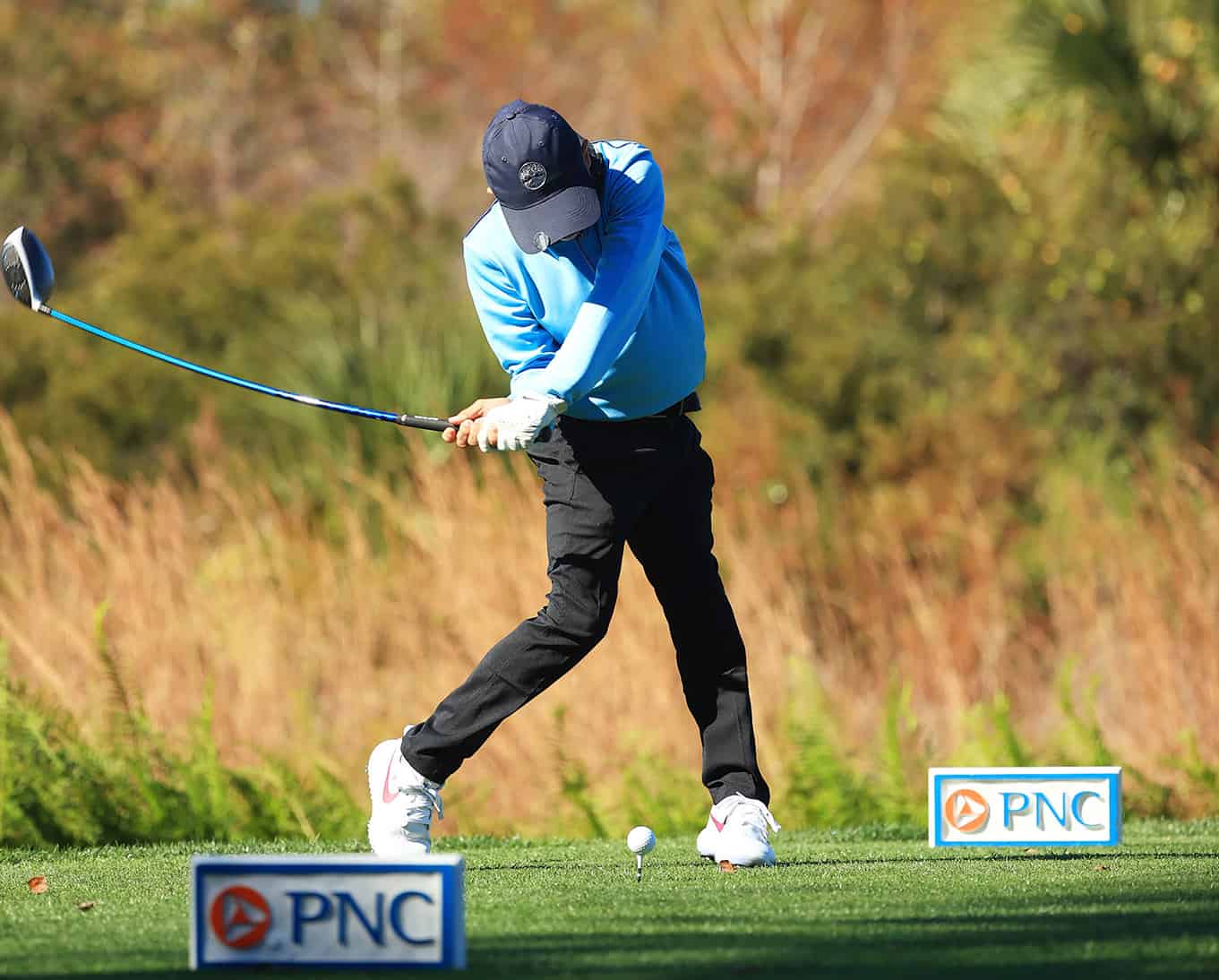 7.  The arms are now coming down with a little bit of lag in the left arm and shaft, which always looks like it is deflecting, but we know that is the camera work. 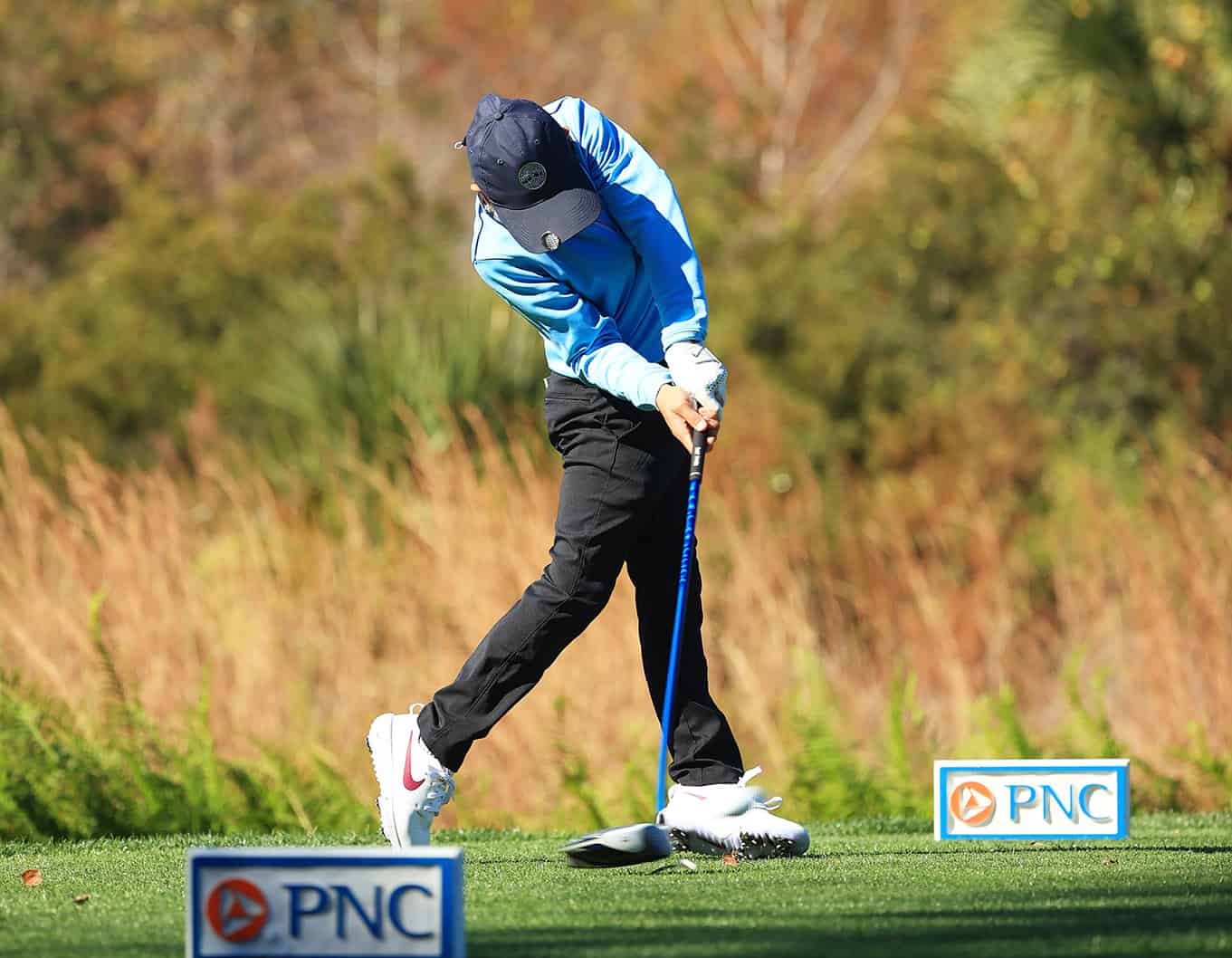 8. The body is really working well by moving back on itself but he has lost the stability in the club face which has been created by the grip. With a little manipulation through impact Charlie is still probably hitting good shots. But manipulation will always be required from frames seven to 8 due to the lack of face stability.

9. A really strong left leg, with the hip moving back and the arms moving freely.

10. The free flowing arms continue through to a strong finish.

Conclusion
You can see from the footwork in frame 6 through to the finish in frame 13, that the left leg has generated quiet a bit of extra speed and that is why the left foot spins on the ground.