The star-studded return of golf did not disappoint in the TaylorMade Driving Relief skins match with Rory McIlroy and Dustin Johnson prevailing as the winners in a dramatic clash with Rickie Fowler and Matthew Wolff.

Here are five things we learned from the exhibition event at Seminole Golf Club in Florida:

Wolff is a beast

McIlroy and Johnson are two of the longest hitters out there – but Wolff showed he’s got the power and speed to match them. He won the long drive contests on two designated holes with drives of 356 and 368 yards which helped saw win $450,000 for charity. Not many people expected the 21 year old to have the driving prowess to beat Rory and DJ.

Seeing the players carry their own bags seemed bizarre, but was very relatable for all the weekend warriors watching from home. One of the funniest moments was when Johnson actually forgot that he has to carry his own bag! See below:

My favorite part of today is DJ forgetting he has to carry his bag pic.twitter.com/GR9YBsnnJf

The players seemed relaxed being able to play in shorts. One of our latest #WWGDebates has been on whether the rules around golf attire should be eased and it seems that would be a popular move after watching the action last night. 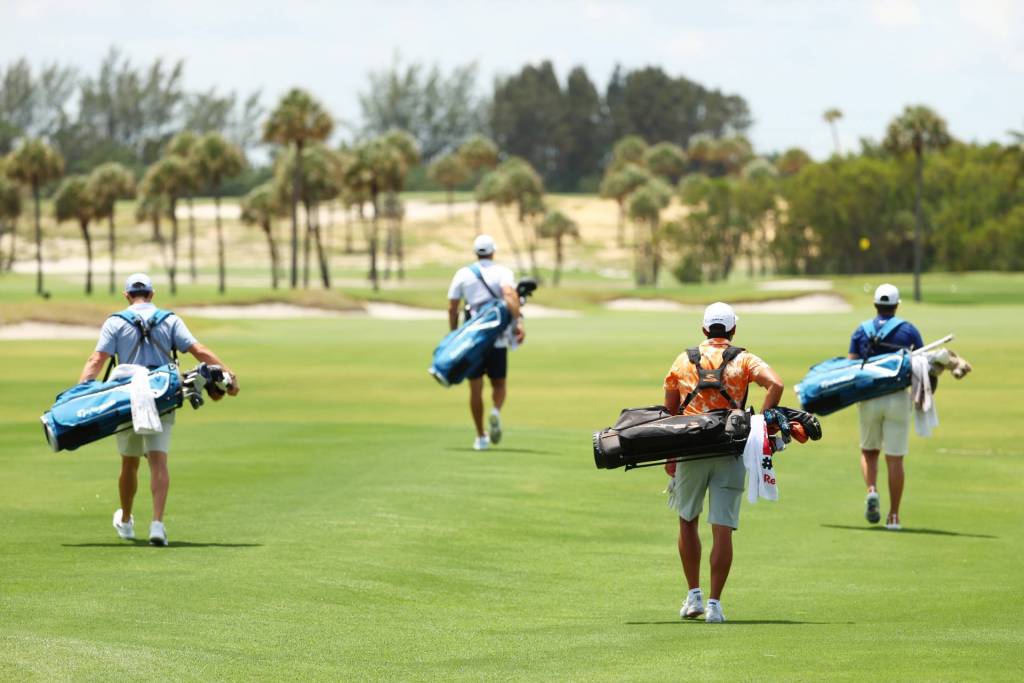 Early in the round, Rory was trash talking Wolff and reminded him about winning two FedEx Cups worth $25million. He sunk the putt and then stepped up again to get closest to the flag in the play-off hole to decide the contest. The Ulsterman certainly proved why he’s World No.1.

It came down to the final shot.@McIlroyRory and @DJohnsonPGA win the Taylormade #DrivingRelief and $1,850,000 charitable dollars for COVID-19 relief efforts! pic.twitter.com/WIF9JHZvQC

Large amounts were raised for charity

TaylorMade Driving Relief raised a total of $5.5 million during play, with the money raised going directly to organizations leading the COVID-19 efforts on the front line. Of that total, nearly 1.1 million came from view donations.

It’s not too late to contribute to the cause if you also want to help. Go to www.pgatour.com/drivingrelief to make a donation. The window to donate will remain open until 11:59 p.m. ET on Tuesday, May 19.

The PGA Tour returns on June 11 with the Charles Schwab Challenge in Texas where both McIlroy and Johnson are confirmed to compete once again.

Connor Syme shot an eight under par round of 64 to secure a two shot victory as the action in...