I’m just going to throw this one out there. The best-looking PING irons ever made, are their Blueprint model. It’s hardly surprising that they’ve become the weapon of choice for staff players such as Louis Oosthuizen and Tony Finau. Small, compact and workable, are the three words that have many amateurs, including myself, trembling in fear.

The latest creation from PING is their i59 iron and it’s not hard to see why it shares a lot of similarities with the Blueprint, but with stabilisers added – which is a good thing.

PING appears to have taken the Blueprint iron to the gym during lockdown and added some muscle. The main difference is the new aluminum insert in the centre of the club but this is not for distance. Like many other brands that apply an insert, this is for something else. The weight-saving has allowed PING to redistribute the 30g weight via tungsten to the heel and toe. This elevates the MOI (forgiveness) and makes the club more stable at impact.

The i59 forged irons are comprised of an aerospace-grade aluminium insert, joined to a forged 1025 carbon steel body and forged 17-4 SS laser-cut face. To reduce fliers in the short irons and preserve spin in the long irons, the face is engineered with MicroMax™ grooves, combining steeper sidewalls with tighter spacing to allow four extra grooves. The Hydropearl 2.0 finish repels water for predictable, consistent performance from wet and dry conditions.

An aerospace-grade aluminium insert (1/3 the density of stainless steel) saves approximately 30 grams of material, allowing for tungsten toe and heel weights that elevate MOI to match that of the larger i210 iron.

The fully machined face has new MicroMax™ grooves, combining steeper sidewalls with tighter spacing to accommodate four extra grooves for reducing fliers in the short irons and preserving spin in the long irons.

The fact that this club is engineered for distance control and reducing fliers, suggests it’s for the low to very mid-handicap range. Although it’s marketed as forgiving it’s not in the same league as the G425 in that sense, but compared with the iBlade and Blueprint you will not be punished if your strike pattern isn’t spot on. 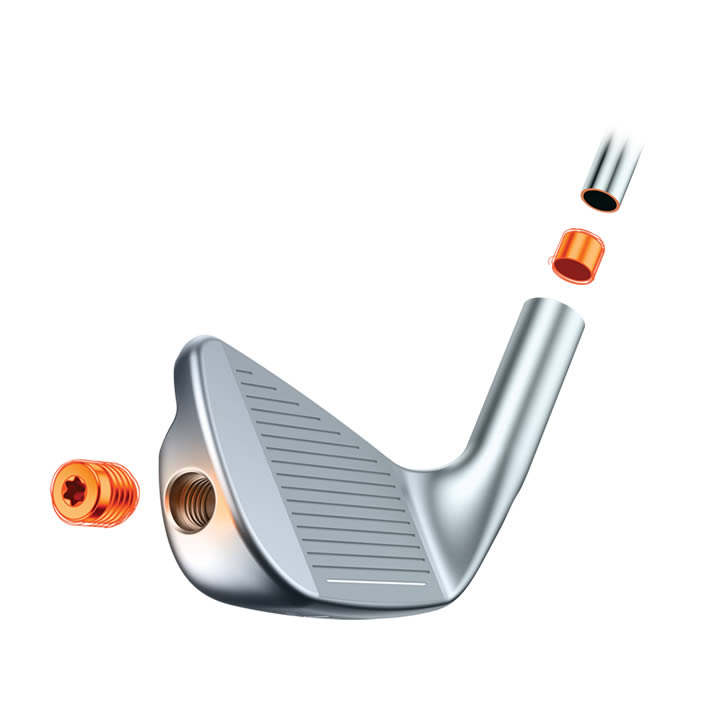 When you see that a seven iron is 34 degrees and the marketing blurb does not use words like ‘speed,’ ‘fast,’ ‘rocket’ and ‘power’ but promotes  MicroMax Grooves and Hydropearl don’t expect to see that seven iron to carry 200 yards. What these irons deliver is consistency. Usually, my seven iron ranges from 165 to 180 yards with my current irons. So, an honest 15-yard gap and some more left-of-target than I would like. The i59 from 10 balls ranged from 171 to 178, so just seven yards difference, though I did have to delete the first shot which was a huge pull.

I really wanted a set of Blueprints when they came out, but due to lack of talent that didn’t not happen. The i59 has certainly made my shortlist. I tested these on a good day when my timing was spot on. I would like to try them again during an off-day to see if the dispersion and grouping was as tight. PXG has always tried to be a little different and think outside the box, which creates major appeal for the...