Rafa Cabrera Bello: Taking it one step at a time

I’m feeling good but the results don’t show it. I’ve put a new driver in the bag so hopefully that can propel me towards achieving my goals.

I am looking forward to The Open and feel like I’ve prepared well having played in Ireland and Scotland, both on links courses, to give myself the best chance to do as well as I can.

With links golf, you have to get used to playing normally in windy conditions and to playing on courses with run-offs. You have to get used to being very aware of the pot bunkers off the tee, as opposed to just going and trying to smash your driver as hard as you can. So, you’re developing your imagination and putting from ten, 15, 20 yards off the green, or trying to hit 4-irons 150 yards into the wind or 8-irons 220 yards!

Follow us on Instagram at @theopen & keep your out for @RickShielsPGA & @RCabreraBello gym video – coming soon on our IG Story! ️ #TheOpen pic.twitter.com/8dl3q1WSWF

It takes a little bit of adjustment, but I really embrace the challenge.

On one hand I think I know Carnoustie very well because I played the Dunhill Links many times, but then, I’m also aware that it is a completely different course for The Open than for the Dunhill Links.

I remember how tough it was the last two occasions that I watched on TV in 2007 and 1999 and how difficult the course played. It’s a real patience test. We’re not allowed to talk about betting or anything like that, so I cannot encourage anyone to put me on their Fantasy Golf team, but I’m happy with where my game is at the moment even if it’s not always shown in my results lately.

Defending the title would mean a huge deal to @RCabreraBello. We find out whether he is confident or not about making the Ryder Cup squad. #ScottishOpen #ASIScottishOpen #RolexSerieshttps://t.co/XK6TOs1wov

I still need to play my way into The Ryder Cup team and I hope that happens. It’s something that I would love to do but it will only happen if I take it one day at a time and try not to think about it too much. All I can do is try to play my best every day and hopefully that is good enough.  Obviously, it’s been a goal since the beginning of the year. I had a really nice experience when I played in 2016, right up to the moment that we lost! But still, you learn that just being part of it is beyond winning or losing, and of course, I would love to play again and lift that trophy. I’m going to do everything I can.

But I know that what worked for me last time was not to think about it. Just one shot at a time. Being part of The Ryder Cup is beyond my control. All I can control is how I play each shot I have, and that’s what I need to do – try to play shots the best I possibly can, add them all up at the end of the day and hopefully within a few months, that would have been good enough to make the team.

I’ve recently put a new driver in the bag – the Titleist TS3. I don’t change clubs very often but that one – as soon as I tried it I fell in love with it. It has really helped my ball flight a lot and gave me a little bit more ball speed as well. I feel its minimised my misses and it’s a great club which is working well and hopefully it will help me achieve my goals for the rest of the season. 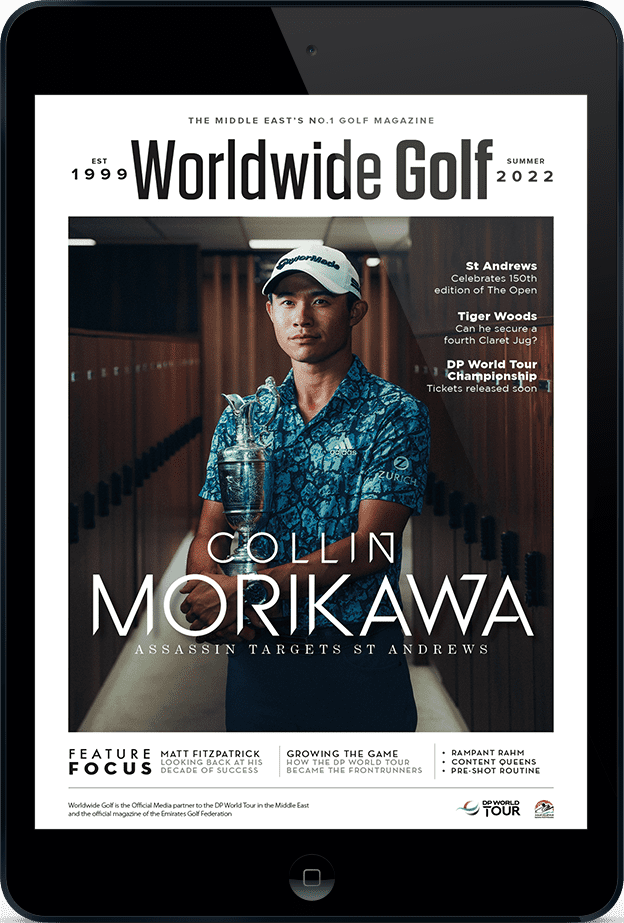