It felt like deja-vu in the ever-growing Troon Abu Dhabi Pro-Am 2020 with Robbie Busher finding red hot form in the final round on the Abu Dhabi Golf Club’s National Course to pip his close friend Joe Heraty to the championship.

The tournament, which this year took place on all three Troon Abu Dhabi courses, started at Saadiyat Beach Golf Club in windy conditions and was a challenge for the professionals – never mind the amateurs. There were 25 teams competing with a strong line-up of professionals that consisted the likes of: former European Tour winners, current Ladies European Tour players and MENA Tour golfers. It was tight at the top after the first day on the Gary Player-designed course with Heraty, Busher and LET golfer Noemi Jimenez Martin all shooting a one under par 71 to tie for second place with Emanuele Canonica leading the way after a 3 under par 69.

The second round took place on Yas Links Abu Dhabi, which is the first time this stunning Troon course has been added to this championship. This track certainly suited the eye of Tom Shadbolt with the Englishman shooting a spectacular 66 to join Heraty at the summit of the leaderboard on four under par. Busher’s solid round of 70 left him with quite a bit of work to do on the final day as he trailed the two front runners by a stroke.

GALLERY: Click here for all the images from the three day event

After a night of go-karting at Yas Marina Circuit, the golfers needed to be just as quick off the mark in the final round of the Pro-Am with all to play for with a number of golfers in contention to seal the championship. With it only being a month since the Abu Dhabi HSBC Championship was played on the National Course, the Peter Harradine-designed masterpiece was in immaculate condition and was a true test of golf. It was defending champion Busher that put himself in pole position for the victory after going on a four-hole birdie run from the 2nd hole and achieved another birdie on the 8th to leave him five under par for the front nine. He got two more birdies to give him a two-shot lead over Heraty going into the 14th. Shadbolt was even par for the final day on the front nine but then three birdies on 10, 13th and 14th put him into contention as Busher hit a tragic double bogey on the 14th. It was a thrilling finale with Busher and Heraty both tied at the top but Heraty missed a crucial putt for par on the 17th to give Busher a one shot lead going into the final hole of the tournament. Busher handled the pressure impressively by getting up and down for birdie to his team’s delight. This meant that Heraty needed an eagle on the iconic 18th to force a playoff but could only manage a par to give Busher the win.

“It feels great to be the champion again because it’s always nice to win here,” says Busher. “I’ve won twice already at Abu Dhabi Golf Club so I feel comfortable around here and was confident that if I played nicely in the final round I’d give myself a chance of victory and I did so it’s fantastic. Things kind of went my way in the final round because when I didn’t hit a good shot I got quite lucky with the result and I holed some key putts.”

When this event first started in 2018 there were eight teams, last year there was 18 and this year 25 but this is the first time the tournament has been on all three of the main Abu Dhabi courses so it just shows how the Pro-Am is progressing by the year.

“This year’s Troon Abu Dhabi Pro-Am is definitely an improvement on last year,” adds the champion. “There are more teams and the three courses we get to play on are a great test with three different grasses so it was lots of fun for everyone and I’m really happy I got to play in this event again. Hopefully next year there will be even more teams and the event will be even bigger.”

It was heartbreaking for Heraty after losing in similar fashion last year to Busher after missing a 5ft putt for birdie on the 17th – a hole that hasn’t been kind to him over the past two years. However, Heraty’s Pro-Am team were wire-to-wire winners after producing three fantastic rounds of 88,93 and 85 stableford points to beat Team Martin by three points. Heraty’s team were also the champions last year but he mixed it up with new teammates this year with Blanca Rivollier, Steven Hall and Dara Poulsen starring in the dream team. They were elated with the result and how much fun the tournament was.

“It’s been a fantastic event and we would like to thank Troon and all the staff at the three courses for an excellent week,” says Hall. “We are all super happy because we thought we maybe threw it away at the end but we managed to win by three points. I think it was the perfect Pro-Am partnership because we all dove-tailed really well and our Pro had some great rounds, Dara was smashing bombs off the tee and Blanca was holing putts so we were a great combination over the three days. We will definitely return to defend our title next year!”

Cluster General Manager, Francisco de Lancaster David, was delighted with the three-day tournament and sees it as just a stepping stone to how much potential this Troon Abu Dhabi Pro-Am has in the years to come. He said: We are really happy with how the event went and having 25 teams this year is testament to the hard work our team has done in the last couple of years to grow the event to this stature. With the addition of Yas Links under the Troon umbrella, we now have the opportunity to really showcase the destination. It’s very rare that you’d have the chance to play three courses of this high standard so we can only assume that this Abu Dhabi tournament is going to get bigger and better. 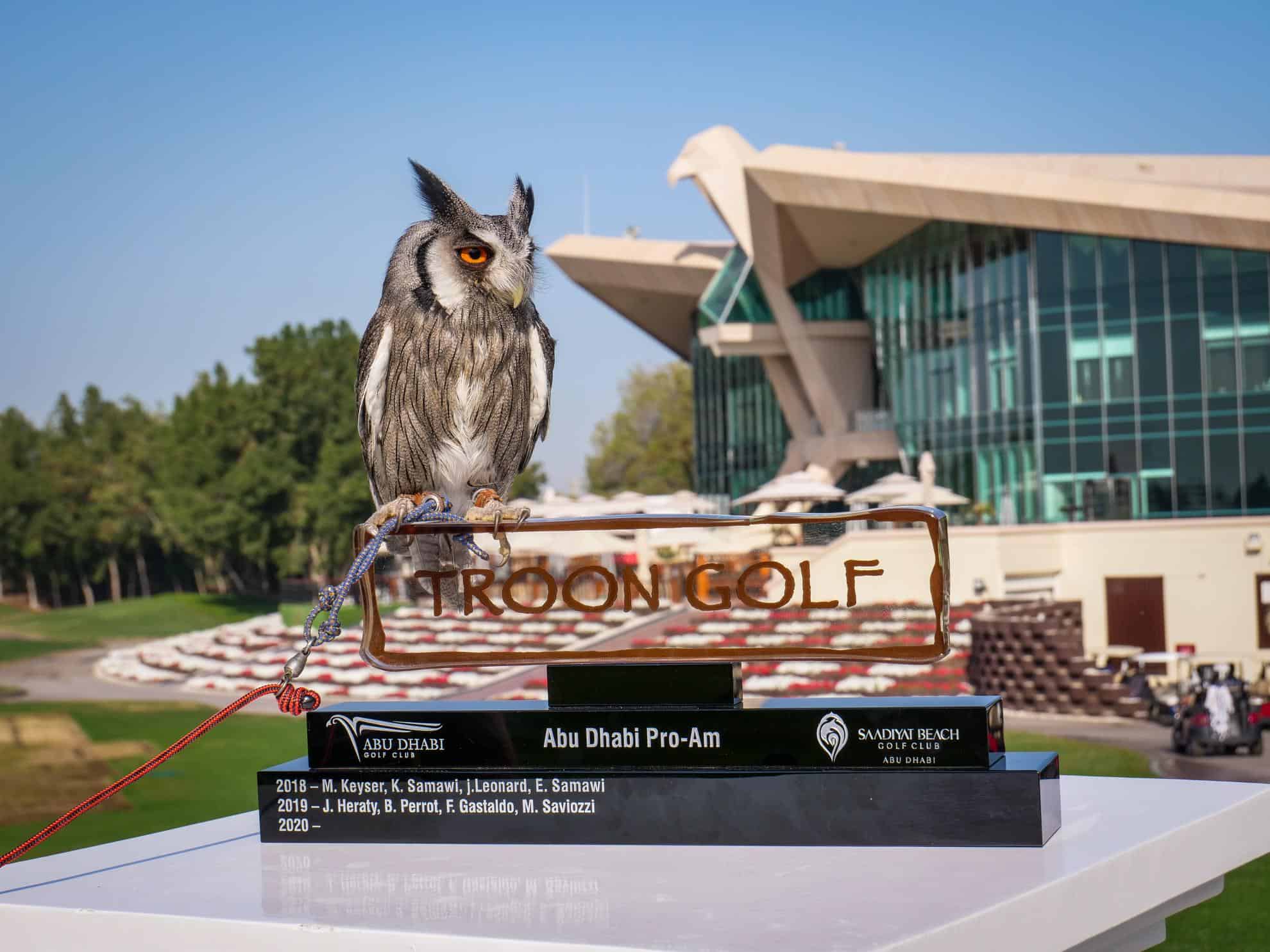 “It was great to see Robbie (Busher) defend his title from last year. He had an amazing final round in tough conditions against a very strong field so deserved the victory. The competition side of the event is important but it’s also important for the amateurs to enjoy their time in Abu Dhabi which is what we tried to showcase this year by adding go-karting to the schedule against former Formula One driver Heikki Kovalianen. The Westin has been a great partner again this week and has been a fantastic place for the players to stay and we will look to see how we can improve the experience even more next year.” Toby Bishop continued his scintillating form of late after securing another... Following confirmation from the authorities in Abu Dhabi at the beginning...