Mount Juliet Estate, the luxury five-star resort in County Kilkenny, has been announced as the host venue for the 2020 Dubai Duty Free Irish Open, the second Rolex Series event of the 2020 Race to Dubai which takes place from May 28-31. It is the first time in 25 years that Mount Juliet will host the Dubai Duty Free Irish Open, having provided the backdrop for the island of Ireland’s national open in 1993, 1994 and 1995 – won by Sir Nick Faldo, Bernhard Langer and Sam Torrance, respectively.

The Jack Nicklaus Signature Course at Mount Juliet has a prestigious history in hosting major golf events and producing world-class champions, beginning with those three editions of the Irish Open. In 1997, Mount Juliet played host to Shell’s Wonderful World of Golf, a challenge match between Tom Watson and Fred Couples, won by the latter.

In 2002 and 2004, the world-class parkland course hosted the world’s best players for the WGC-American Express Championship. Tiger Woods emerged victorious in 2002, beating Retief Goosen – who shares the Mount Juliet course record with Sergio Garcia – by one stroke, while Ernie Els claimed the 2004 edition, overcoming another European Tour legend in Thomas Bjørn by one shot.

The Nicklaus-designed par-72 course will once again host many of the world’s finest golfers for the 2020 Dubai Duty Free Irish Open, which will come on the back of one of the most successful years in Ireland’s golfing history.

Later that month, Ireland was announced as the host nation for The 2026 Ryder Cup with Adare Manor Resort set to provide the backdrop for golf’s greatest team event 20 years after the 2006 edition was played at the K Club – where Ian Woosnam’s European team lifted the trophy.

Last July’s Dubai Duty Free Irish Open also became the first to sell out at the weekend since Royal Portrush in 2012. The European Tour and Dubai Duty Free have agreed that Mount Juliet will provide the perfect backdrop for the 2020 edition, to follow the success of Lahinch.

Colm McLoughlin Executive Vice Chairman and CEO of Dubai Duty Free said: “We are very pleased that the Dubai Duty Free Irish Open will be held at the Mount Juliet Estate in 2020. The estate, on the outskirts of Kilkenny, will be an easily accessible and exciting venue for both the players and the fans.

“We are pleased with the growth of the tournament since Dubai Duty Free became involved in 2015 and the fact that it is now part of the Rolex Series with a prize fund of US$7 million. We also agree with the strategy, which both the European Tour and the previous hosts, Rory McIlroy and Paul McGinley have employed of moving the tournament around the island of Ireland to include north and south, links and parkland and this has been very successful. “It has had a very positive affect on tourism and business in these regions which is testament to the interest that the public have in this tournament.  Mount Juliet Estate itself is a fantastic venue and is well known as an excellent ‘spectator course’ as it offers fans a second to none viewing experience.

“We made a commitment to the staff and to the members when we bought Mount Juliet Estate, that we would do our best to bring the tournament back. We’ve worked very closely with the European Tour in recent months and we’re thrilled to be finally announced as hosts for the event.”

“The Dubai Duty Free Irish Open is one of the great sporting events in the Irish calendar so it’s a very special moment for Mount Juliet Estate, and a true testament to the superb condition of the Estate’s facilities and the golf course in particular.”

We’re very proud of all the hard work that has gone into securing this event and we’re very much looking forward to welcoming all of the competitors, fans and visitors to Mount Juliet Estate for what we hope will be a very memorable experience.”

Keith Pelley, the Chief Executive of the European Tour, said: “We are thrilled to bring the Dubai Duty Free Irish Open to Mount Juliet Estate, a venue which boasts a world-class golf course designed by Jack Nicklaus, and a history of hosting prestigious tournaments. 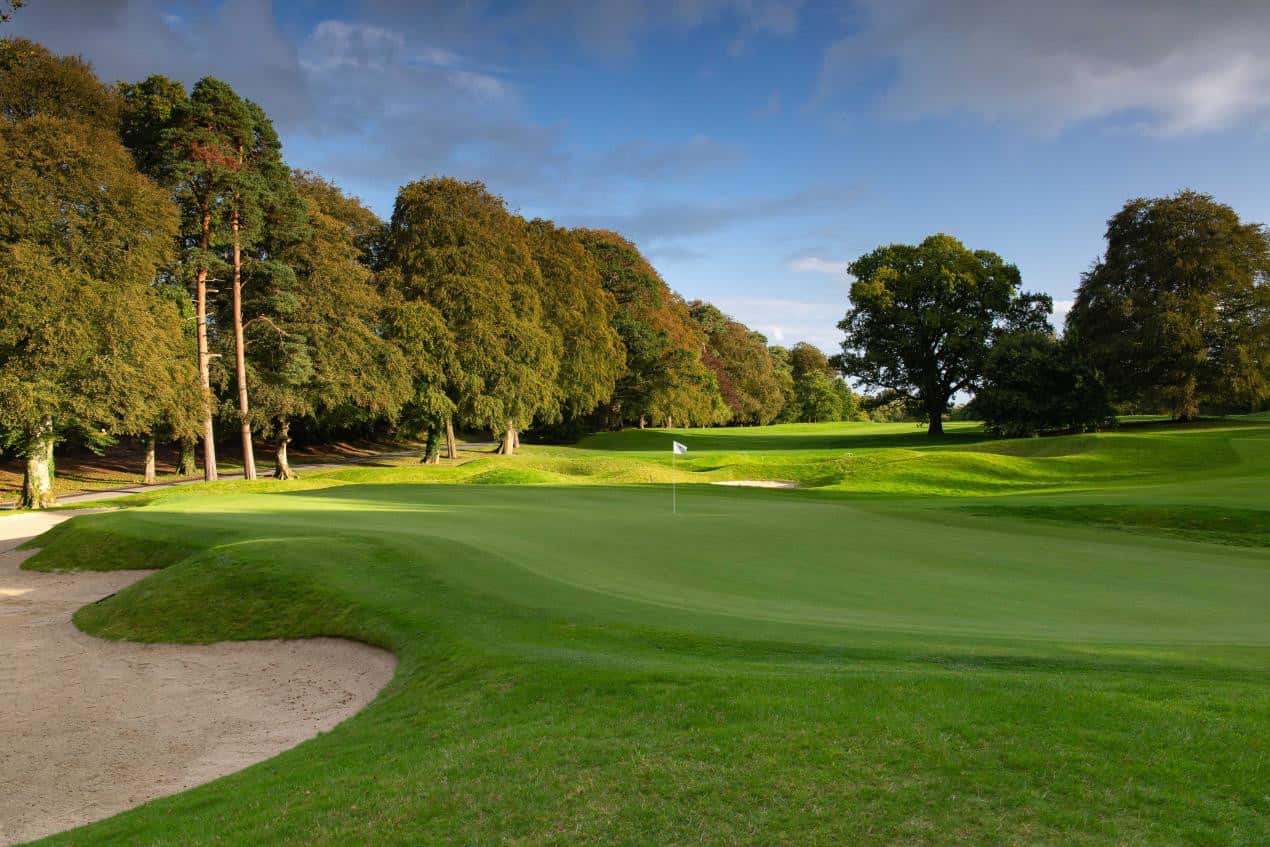 “Our second Rolex Series event of the 2020 season is sure to be another spectacular occasion, following the success of last year’s edition at Lahinch, which epitomised the growth of this tournament since Dubai Duty Free came on board as title sponsors in 2015.

“Our sincerest thanks go to Colm McLoughlin and his team at Dubai Duty Free for their continued commitment, not only to this tournament but also in their role as Official Partners to the European Tour, as well as the team at Mount Juliet Estate for hosting us next May.

“After an incredible year for golf on the island of Ireland in 2019, which included our announcement of the return of The Ryder Cup to Irish soil in 2026, we look forward to the 2020 Dubai Duty Free Irish Open kicking off another spectacular summer of success for Irish golf fans.”

The Dubai Duty Free Irish Open will return to Mount Juliet in Kilkenny May 27-31 2020.

Early bird ticket prices begin at €13 for the Wednesday Pro-Am day, with Thursday and Friday day tickets available for a special price of €23 and Saturday and Sunday tickets beginning at €27. Fans can enjoy five days of world-class golf and entertainment for only €83 if they purchase their early bird tickets prior to February 28.

Children under 12 years of age are entitled to free entry when accompanied by an adult, day junior tickets for those between 12 and 17 years of age are €10 (€25 for a season ticket) while students aged between 18 and 24 with valid student cards, and over 65s, can avail of a concession ticket – €15 for Thursday and Friday, €20 for Saturday and Sunday (€60 for a season). Parking access can be purchased for €5 per day, or €10 for a season parking ticket which covers all five days.

Official Hospitality tickets are also available on the ticketing page, or alternatively contact the European Tour’s dedicated Hospitality Sales Team, who will be happy to answer any queries and discuss the various hospitality options, on [email protected], register your interest here or +44 (0) 1344 840681. 2020 Tour Cards: The keepers and the losers

The Portugal Masters is over which means there's plenty of emotions running throughout the European Tour members.  Some players have...