The DP World Tour Championship’s Luckiest Ball on Earth competition returns on Friday September 6 with the first qualifying event being held at Dubai’s newest golf club – Dubai Hills. Local amateur golfers across the country are urged to sign-up for their local qualifier to be in with a chance of a ‘once in a lifetime’ golfing experience alongside one of the European Tour’s Race to Dubai top 50 at the season-ending DP World Tour Championship.

The Junior Luckiest Ball on Earth Presented by Zurich Grand Final will be held at the same venue on September 28 with the 40 qualifiers now confirmed. The top ten from each of the Emirates Golf Federation’s Boys and Girls Gross and Net Order of Merits have sealed their places in the hotly anticipated event on the Fire course. 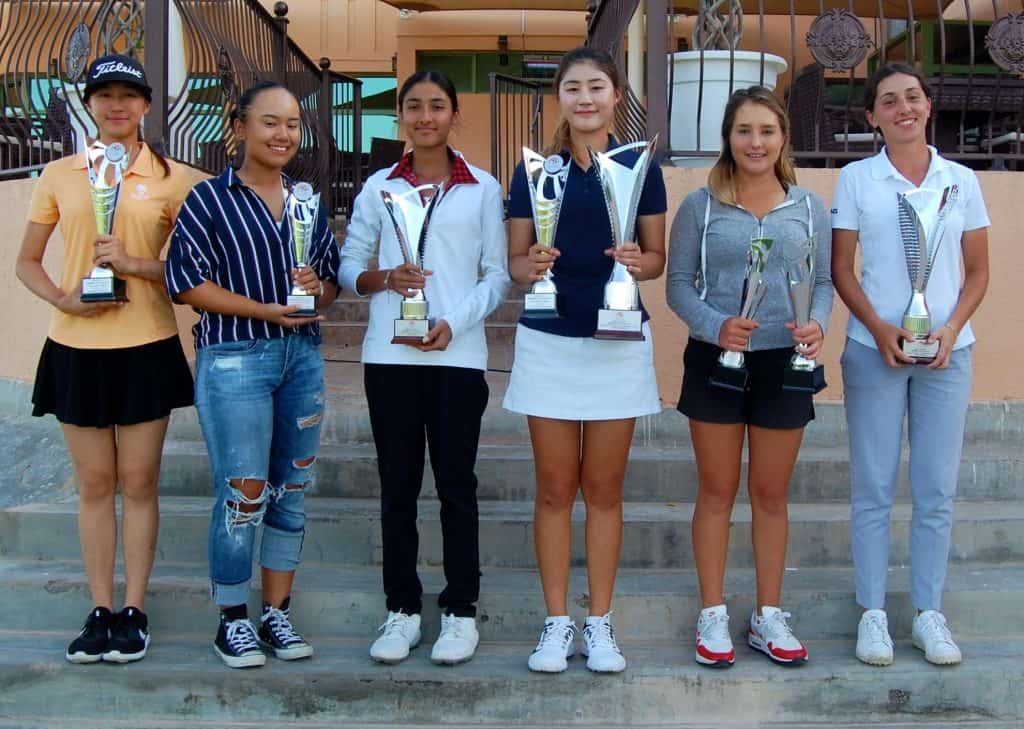 In the Junior Boys Gross Division, Jay Mullane was crowned champion with a highly impressive 210 points with Alexander Hedes second on 189 points while Hugo Garcia-Villalon completed the top three on 159.5 points. Dilan White, Alistair Hess and Dominic Morton booked their Grand Final place after finishing as the top three qualifiers from the Boys Net Order of Merit.

The leading female and male player at the Grand Final will join the ‘Luckiest Ball on Earth’ team alongside the Junior Luckiest Ball on Earth Presented by Zurich winner, where they will tee it up with the likes of DP World Tour Championship winner Danny Willett, 2018 Race to Dubai champion Francesco Molinari and former World No.1 and three-time Race to Dubai winner Rory McIlroy in the DP World Tour Championship’s Pro-Am on the Earth course on Tuesday November 19.

“With under two weeks to go until the Luckiest Ball on Earth kicks off we are once again delighted to be giving this unique opportunity to local golfers across the United Arab Emirates,” said Tom Phillips, the European Tour’s Head of Middle East.

“We encourage golfers of all ages and abilities to get involved in this ‘one of a kind’ initiative that gives amateurs the chance to rub shoulders with their golfing idols at the season-ending DP World Tour Championship. Last year we saw our biggest turnout to date and we aim to go even bigger this year, which can only be good news for amateur golf in the region. We would also like to send our thanks to the 21 clubs involved and the Emirates Golf Federation who sanction this wonderful local golf initiative.”

This year’s DP World Tour Championship, a Rolex Series event, will feature one of the most exclusive fields in world golf with only the top 50 players on the European Tour’s Race to Dubai taking part at Jumeirah Golf Estates. It will also be the first year the tournament gives away the richest first prize in tournament golf, with the winner pocketing a cheque for US$3 million, an increase of 125% from the US$1.33 million won by Englishman Danny Willett at last year’s tournament.

The US$5 million Race to Dubai Bonus Pool, which will now be divided amongst the top five players in the Race to Dubai instead of the top ten, will see the 2019 winner claiming US$2 million, up from the US$1.25 million claimed by Italian Francesco Molinari last year. The changes mean the tantalizing prospect of one player potentially walking away from Jumeirah Golf Estates US$5 million richer if they win both the DP World Tour Championship and the Race to Dubai. The Abu Dhabi Pro-Am presented by Troon Golf will take place from 2nd – 6th February 2020 and will be played across...