At this year’s Omega Dubai Desert Classic, Louis Oosthuizen was complaining a little bit that he was striking the ball too thin and it was coming off the clubface too quickly. He wasn’t getting the correct amount of pressure on the ball with his little chips around the green so he had insufficient control over the flight and spin, which is required to land the ball close consistently. 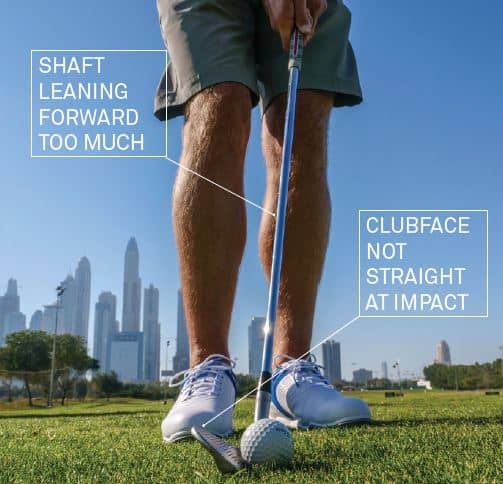 Louis is a tremendous player but sometimes he has the tendency to have a little bit too much shaft lean forwards, which prevents him from getting as much pressure and downforce on the ball as he needs. Also, shaft lean opens up the face so there’s more chance of you hitting it thin and spinning it right of the target. 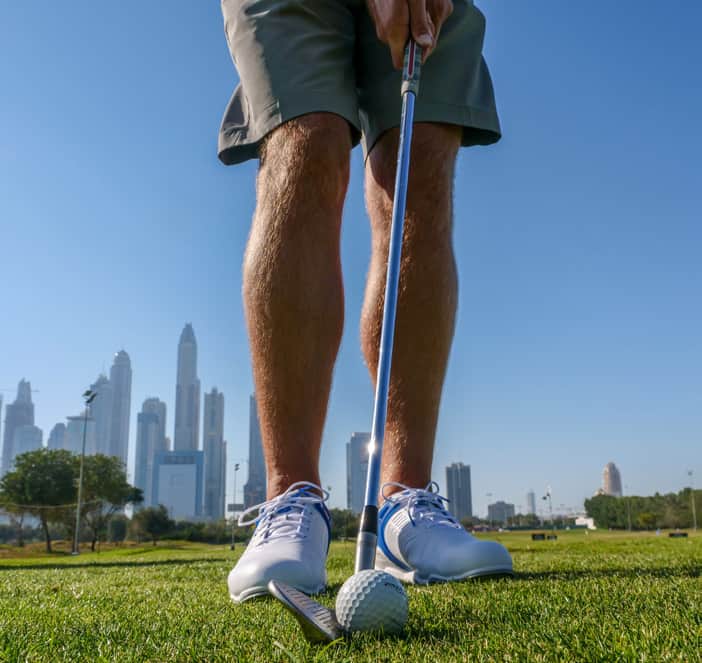 I wanted Louis to start getting the club working down. The aim is to achieve a neutral shaft angle at impact so the face of the club is square. This allows the ball to run up the grooves far more easily to produce a cleaner and more controlled chip. You are aiming for the wrists to release underneath your balance point, which is the top and bottom of the spine, so the face is square at impact and not open like it was with Louis’ previous efforts. If you look at the two images (left), that should help you grasp the difference between the incorrect and correct shaft angle and the clubface at impact. Little tweaks can make a huge difference! Get golf fit at home | By Richard Dunsby You need sand on the club face | By Yasin Ali How to play the ball above your feet | by Alex Day Ping has been regarded as the leading manufacturer of the game improvement iron that fits all abilities. Their first club...