The DHL Swing Against Cancer Golf Series returned back from its summer break with a bang as 120 local golfers and 200 evening guests joined 1987 Ballon d’Or winner Ruud Gullit for the hotly anticipated DSA Open at the iconic Emirates Golf Club to raise significant funds for 14-year-old Dubai resident Randolph Palomer, who is recovering from a brain tumour.

“This is my first time being involved in the DHL Swing Against Cancer Golf Series and I’m lucky enough to be playing one of the most iconic golf courses in the world,” said Gullit, who won the UEFA European Championship in 1988 with Holland.

“It’s great to be part of the event and to give something back to society by joining the fight against cancer and helping out young Randolph. I met him earlier and it breaks your heart to see what he is going through but with the support of everyone here today we can help raise funds that he vitally requires for his treatment.”

The afternoon golf event saw Bill Taylor come out on top after a countback with 38 Stableford points while Simon Hickson had to settle for second after posting the same score over the Majlis. They will both join the two winners from the season-opening DHL Open and the champion of the Fearnley International Open, which was the first event of the series to be played overseas at Newmacher Golf Club in Scotland, in the DHL Swing Against Cancer Golf Series Grand Final on November 7th on the Fire course at Jumeirah Golf Estates. 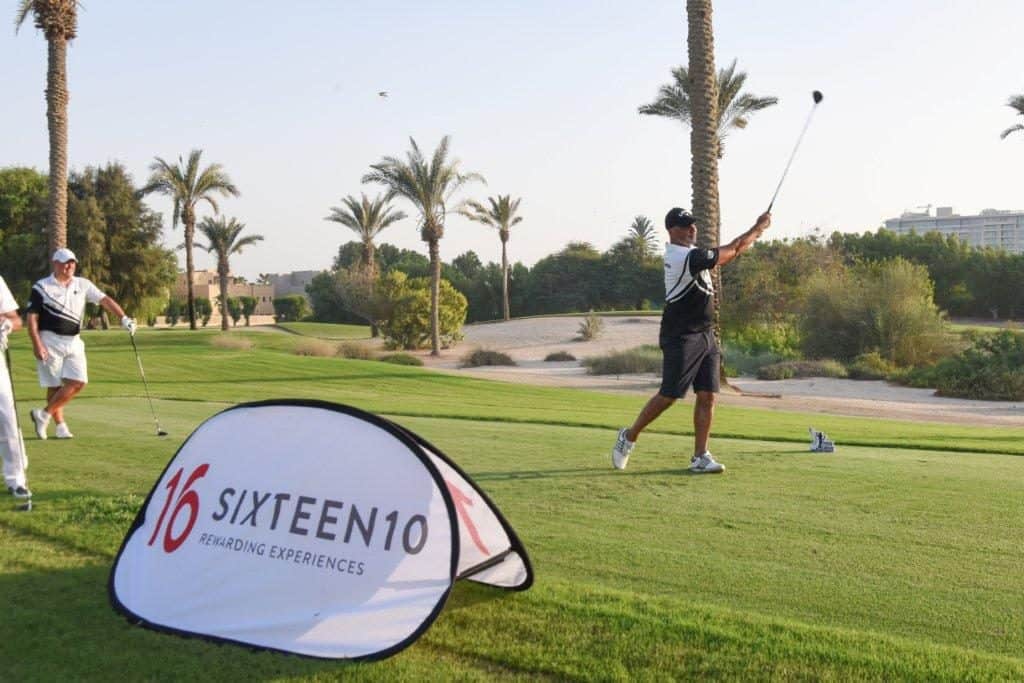 There they will compete for a ‘money-can’t-buy’ golfing experience playing alongside the likes of Tommy Fleetwood, Justin Rose and Sergio Garcia in the Pro-Am for the European Tour’s season-ending DP World Tour Championship as well as two VIP hospitality tickets for the opening day of the prestigious event.

“I’m shocked to get the win as I haven’t played in a long time,” said Taylor. “I seemed to hit the ball really well out there and I’m delighted that I’ve booked my spot in the Grand Final. I’m going to need to start practicing a bit more now!

“It’s such a beautiful event that raises money for such a great cause so it’s great to see such a big turnout and hopefully we can all keep raising as much funds as possible by continuing to support the series.” 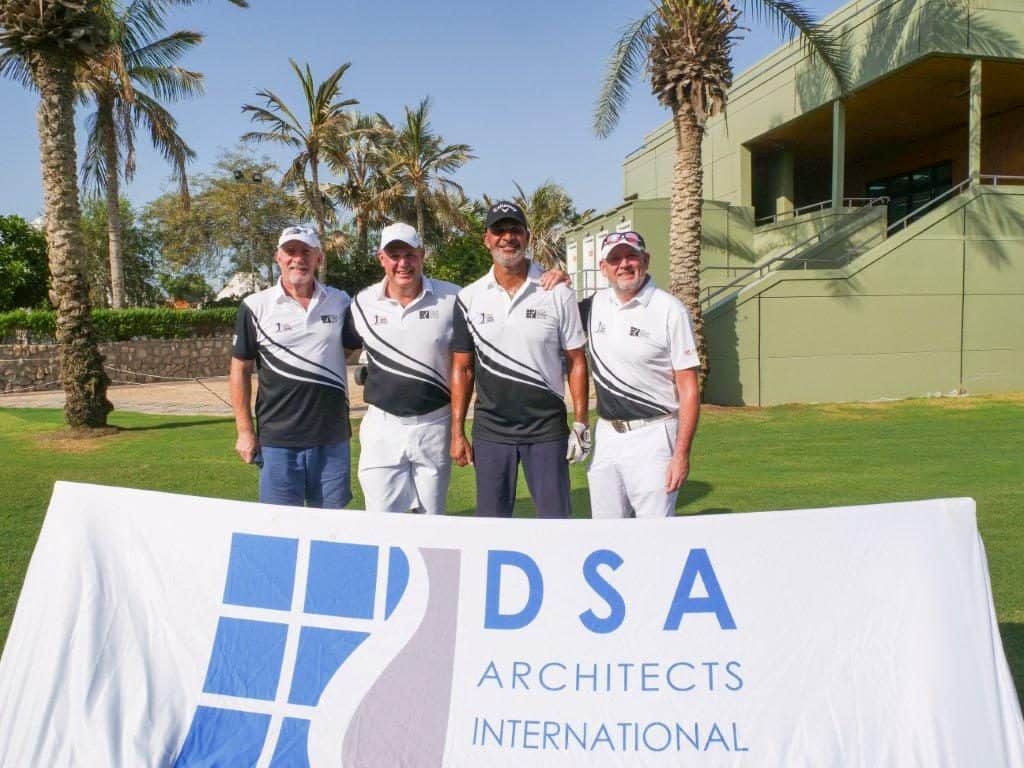 Next up came the live Q&A with Gullit who entertained the sellout crowd with a trip down memory lane as he reeled off anecdotes which includedHolland’s 1988 European Championship triumph, playing and managing Chelsea and his career as a TV pundit.

Steve Kelshaw, Managing Director of DSA Architects International, who were hosting the event for the third time having previously welcomed Lee Sharpe and Gary McAllister to the Majlis, was thrilled with another successful day.

“This is the third year we’ve been part of this great series and its gone so fast,” said Kelshaw. “It’s been a real pleasure getting together with all the guys around Dubai that have sponsored the event and given their time and helped out with donations towards the raffle and auctions.

“It’s been great playing with ‘Ruud Shaking Stevens Gullit’ today! There’s no words to describe his golf game despite him talking a good game! In all seriousness, we have raised the bar this year by having a former Ballon d’Or winner as our guest at the DSA Open and it’s really going to help raise those vital funds for young Randolph.” – Steve Kelshaw

The DHL Swing Against Cancer Golf Series, organsied by Worldwide Golf and Sixteen10, has proved a huge hit with golfers in the UAE since its launch in 2017 and has raised over US$230,000 for local cancer patients in the UAE. The series was inspired by Mike Clark a much-loved member of the local golfing community who sadly lost his battle with bowel cancer in 2012 and the Grand Final of the series is also played in his memory alongside the Mike Clark Golf Day.

A wide array of stars from the worlds of sport and entertainment have lent their support, including former Tottenham Hotspur manager and ‘King of the Jungle’ Harry Redknapp. Fellow ex-footballers Teddy Sheringham, Matt Le Tissier, Robbie Fowler, Gary McAllister, Didi Hamann, Dean Holdsworth, John Barnes and Lee Sharpe have also joined in to help the cause.

Others to have made the trip to the Middle East to get involved include 2005 US Open golf champion Michael Campbell, England rugby World Cup winner Mike Tindall, England cricketer Ian Bell and former Westlife singer Brian McFadden.

“The event was completely sold out with almost two weeks to go and it’s so encouraging to see so many familiar faces coming back time and time again to play in the events,” said Worldwide Golf’s General Manager Rick Bevan. “The local golf and business communities have really bought into what we’re trying to do and the series has taken on a life of its own.

Co-organiser Reza Sazegar, Managing Director of Sixteen10 added: “The continued success of the DSA Open and the DHL Swing Against Cancer Golf Series is attributed to a large and growing group of individuals and organisations who come together to work towards one common goal of raising money for cancer patients both locally and now internationally. It’s also vitally important that we support the local businesses who make this series so special in our day to day lives to ensure they are successful and can keep on supporting us for years to come.

“Being part of this series is an incredibly rewarding experience as you see the impact we are having on Randolph and other individuals by changing their lives for the better through our events. Next up we have the Mike Clark Golf Day which will be the culmination of the third year of the series and we urge individuals  and organisations who would like to lend their support and help make a difference to get in touch.

To enter any DHL Swing Against Cancer Golf Series event or to attend any of the evening events, please email: [email protected] Sergio Garcia secured his 16th European Tour title and booked his spot in the season-ending DP World Tour Championship, a...