As the KINGDOM OF SAUDI ARABIA’S transformation gathers pace, so too does its new-found passion for golf

The Saudi International has not even celebrated its first birthday and yet it’s clear that a lot has changed relatively quickly in terms of the game’s progression. Ever since the world’s best players descended upon Jeddah for the inaugural event earlier this year, Golf Saudi, the wholly-owned subsidiary of the Saudi Golf Federation (SGF) has been clear in its goal to not only establish the tournament as a leading event on the European Tour schedule but to also establish a legacy, which ensures the game resonates with its domestic population.

After a period of intense evaluation and dialogue with the industry, it would appear that Golf Saudi has a handle on how it will set about its mission to become one of the fastest-growing golf destinations in the world. Such are the aspirations and intent of this emerging market, Golf Saudi may well be the source which injects new energy into the game’s modern era. 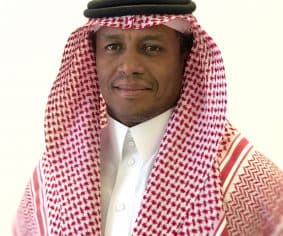 “Our ambitions are not limited to recreating what has gone before but pioneering new ways at looking at golf development and, in particular, the impact that it has at community level.”  Majed Al-Sorour, CEO of the Saudi Golf Federation.

“We are adamant in our belief in the game’s innate ability to positively impact lives through its core values and the socio-behavioural benefits of the sport. Our model is based on a balanced economic approach, with a positive skew to the incremental value our investment in golf will have for Saudi Arabia at large.”

Despite its relative youth, Golf Saudi is already commanding significant interest from the global golf community. With a string of high-profile initiatives and partnerships, the organisation’s charted new course is certainly catching the industry’s attention, nowhere more so than its desire to lead the environmental sustainability dialogue in the game.

“We are extremely impressed by what we have seen so far in relation to Golf Saudi’s vision for the future of golf development, combined with an approach that is both proactive and collaborative. This provides the time and space for the world’s leading experts to come together, to really drive innovation, creative designs and technical solutions.

“We commended this, as the only way to ensure that long-term environmental sustainability can be achieved – where carefully selected sites retain and enhance ecosystem value; and where those recreational landscapes are supplied by a cycle of clean and renewable energy, water and materials.  If this can be achieved, then Golf Saudi will quickly establish a position as pioneers in the sustainable development of the sport of golf,” said Jonathan Smith, Founder and Executive Director, GEO Foundation. 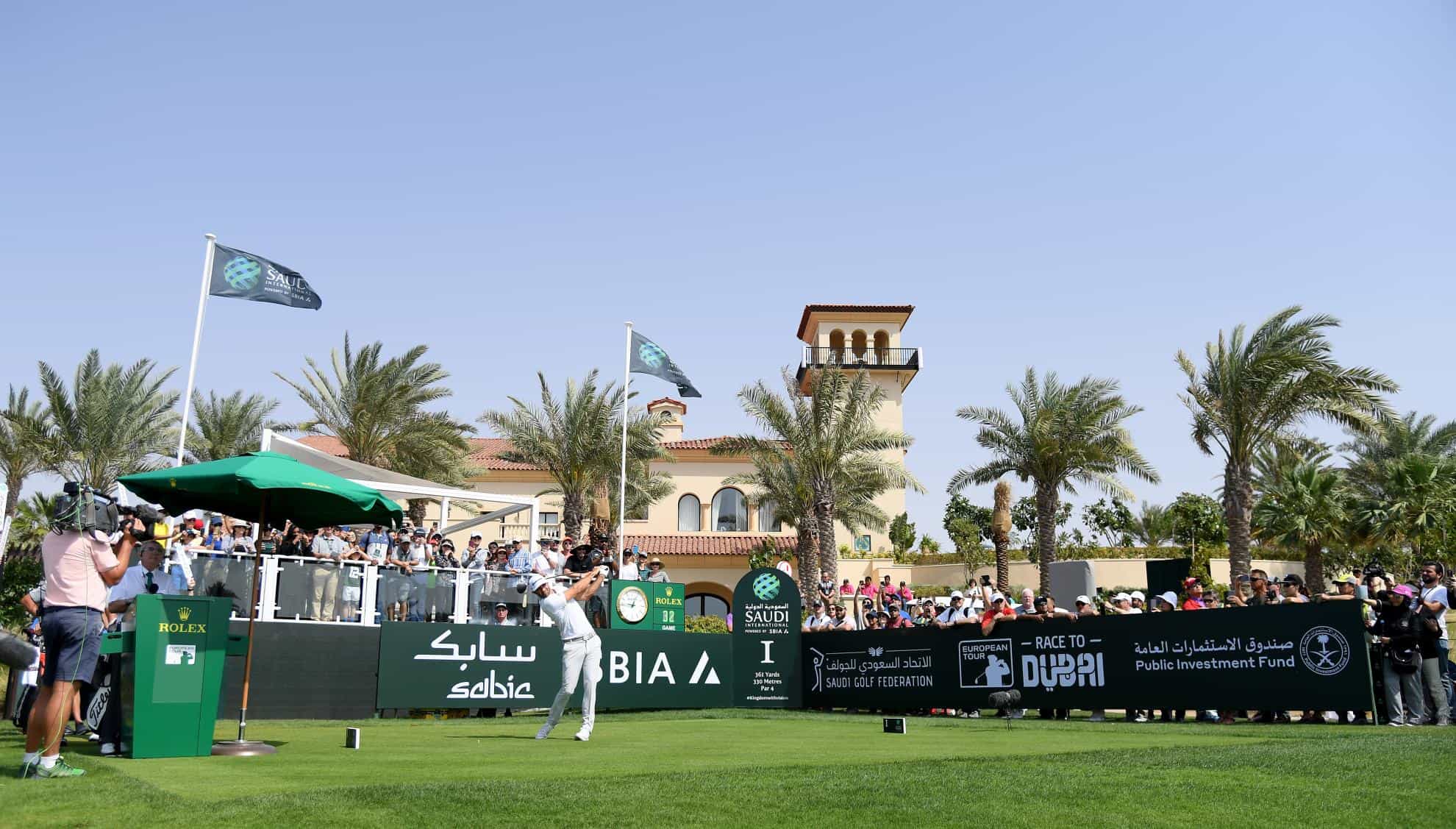 The fundamental pillars of the strategy are founded on consumer access and understanding modern consumption habits, allowing golf to find a voice among a youthful audience where 58.5% of Saudi Arabia’s population is under 30.

The urban component has been specifically designed to target this group, taking the game to high footfall areas and providing opportunities to for the sport in the context of entertainment, rather than sport. This mirrors the nation’s shifting culture which is encouraging burgeoning leisure options.

“We are in the fortunate position of being able to evaluate modern trends and, as such, we are creating an offer which unites the internal social changes happening in Saudi Arabia with those of the wider golfing world,” continued Majed Al Sorour.

“The product we are creating aligns with Vision2030 and we are confident that it will captivate audiences and appeal to this great game. Our focus is to create a first impression that lasts, and sets new players on a journey to get to know and, hopefully, fall in love with the sport.”

Saudi’s golfing development is progressing alongside several aptly- termed ‘Giga’ projects which have golf very much at the forefront and centre of the masterplan. The four Giga projects will include lucrative golf residences bordering extensive golf developments, providing the conditions to generate interest from the golf tourism sector.

A project of such a scale within a traditionally non-golfing nation would, perhaps, be viewed as folly, had it been initiated almost anywhere else in the world. However, with the support of Golf Saudi and with the collective impact and support of all associated stakeholders, success is presumed, rather than expected.

As an example of Saudi’s objective to become a serious and respected player in the global golf picture, it is, perhaps, the Golf Saudi Summit, which takes place on Feb 1st-4th 2020. The event will be staged as a pre-cursor to the Saudi International powered by Soft Bank Investment Advisers, allowing guests the opportunity to learn more about golf’s rapid growth within the Kingdom.  Attendees will be able to see at first-hand how the nation has taken such major strides in developing the game through Golf Saudi’s commitment to creating an active new ecosystem, focusing on five pillars: Access and Infrastructure; Events; National Team and Academies; Mass Participation; and Tourism.

However, challenges remain in the sector and the summit will look to address these issues. Whilst golf has proven its value for developers globally, this trajectory has not been sustainable. The yield from golf real estate remains intact, but membership and tourism numbers, notwithstanding intermittent flourishes, have long been a shade of their former selves. Top Golf-like products, it is easy to argue, are far more in keeping with modern societal demands, while time and various pressures of modern day life have been to the detriment of the game.

“We have seen a stagnation in traditional uptake regionally, while international growth in socially competitive, entertainment-driven golf has flourished,” continued Al-Sorour. “There is no doubt that this segment has taken time to find its feet, but it is a form of the game that cannot be discounted as a serious component of the modern era.”

“Our analysis leads us to conclude that there is a clear necessity to embrace a broader access to the game within our model to create a healthy ecosystem that can sustain high participation rates,” said Al-Sorour. “We have set out an aggressive Compound Annual Growth Rate (CAGR) realising we need  a long-lasting impact and to convert our targeted percentage of the population, we must include all forms in a serious manner.

“As such, we have also planned a blend of course types: high profile tournament courses that can stage professional events; championship and resort developments to rival the best in the world; and accessible ‘municipal’ style courses that promote access and enjoyment, which, in turn, leads to and encourages a strong population of Saudi golf industry professionals.”

Saudi Arabia’s golf project is expected to create some 3,500 jobs, with designs on the establishment of a national golf and hospitality skill-set in the mid-to-long-term.

Meetings continue with ministries and global golf education bodies to fast-track the upskilling of golf industry professionals who can be integrated into developments globally, gaining the vocational experience and expertise to lead Saudi’s golf future.

As in any project of such a scale, timing is everything. Developments of this nature are surely long overdue and will be observed with fervent interest. But still, there is potential, few could argue, for such an integrated, fully-formed and incredibly ambitious programme to irreversibly change the fortunes of the game for the future.

New era developments, modes of communication and participation programmes have long been identified as potentially revolutionary and indisputably required. The mission is to become the fastest growing golf destination in the world and integrate golf into the nation’s culture, and Golf Saudi is the most likely candidate to provide the template. At last year’s DP World Tour Championship, Matt Wallace arrived with low expectations and departed with unfinished business to be...