Dubai resident Ryan Yeomans enjoyed a fine afternoon in the scorching summer heat at Trump International Golf Club, Dubai on August 26th after hitting a hole-in-one on the par 3 fifth. 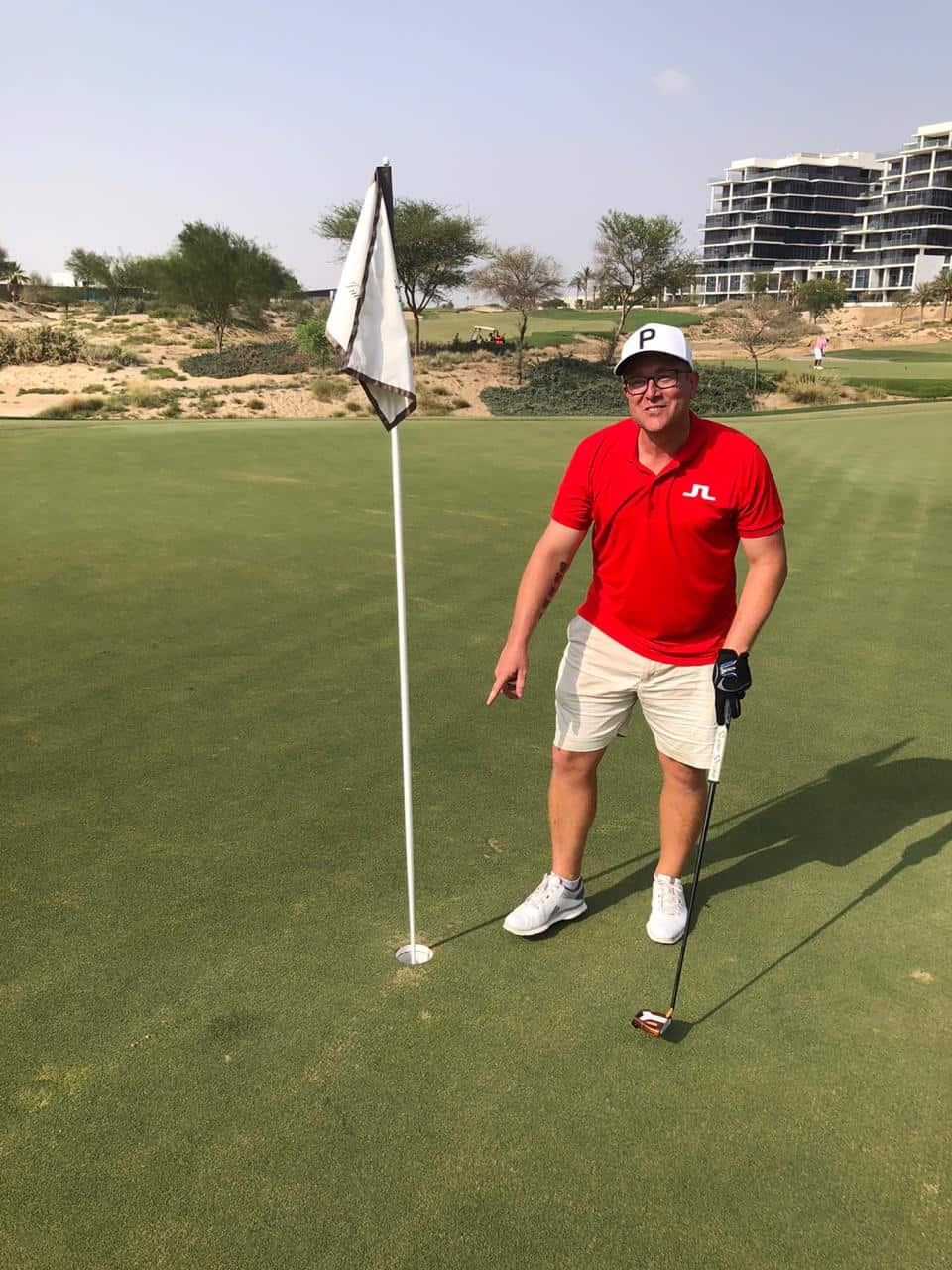 “We were on the fifth playing off the gold tees with around 185 yards down hill to the pin,” said Yeomans after his amazing feat on the Gil Hanse designed course.  “The pin was front middle about 20 feet on the green behind the mound so you could only see the top of the flag. I smoked my 7 iron with a little draw just over the mound a few feet left of the pin. I know the green slopes left to right from where my ball was so I was pleased and knew it would be close.

“My mate I was playing with hit the same club right on line with the pin so they were both good shots. We couldn’t see where they ended up but we knew both were going to be close. We got down there, passed the mound and only one ball was on the green and fortunately for me, mine was in the hole! What a feeling, up there with the best feeling in the world, my first hole in one and something that I have waited a long time achieve.” Mousa Shana’ah showed his brilliance once again after finishing tied first with Dominic Morton and Max Hibbert at the latest...