When the Genesis Scottish Open returns to the Renaissance Club this July, it will feature one of the strongest fields the DP World Tour has ever assembled on European soil.

An impressive eight of the world’s top ten players will tee it up in our third Rolex Series event of 2022, including all four of the current Major Champions – Jon Rahm, Collin Morikawa, Scottie Scheffler and Justin Thomas, the recent winner of the US PGA Championship.

Aside from its stellar line-up, this year’s Genesis Scottish Open is also a hugely significant tournament for us for many other reasons.

For a start, it has a new title sponsor this year in Genesis, the luxury automotive brand from South Korea which also sponsors the Genesis Invitational on the PGA TOUR. It will also be the first time Scotland’s national Open has been co-sanctioned with the PGA TOUR, with players able to earn points on both the DP World Tour Rankings and the FedExCup.

That has undoubtedly led to the incredible strength of field for this year’s event, with the composition split between DP World Tour members and PGA TOUR members.

Simultaneous to the Genesis Scottish Open, 50 of our members will also be playing in the Barbasol Championship in Kentucky, the first time the DP World Tour has co-sanctioned a PGA TOUR event in America. 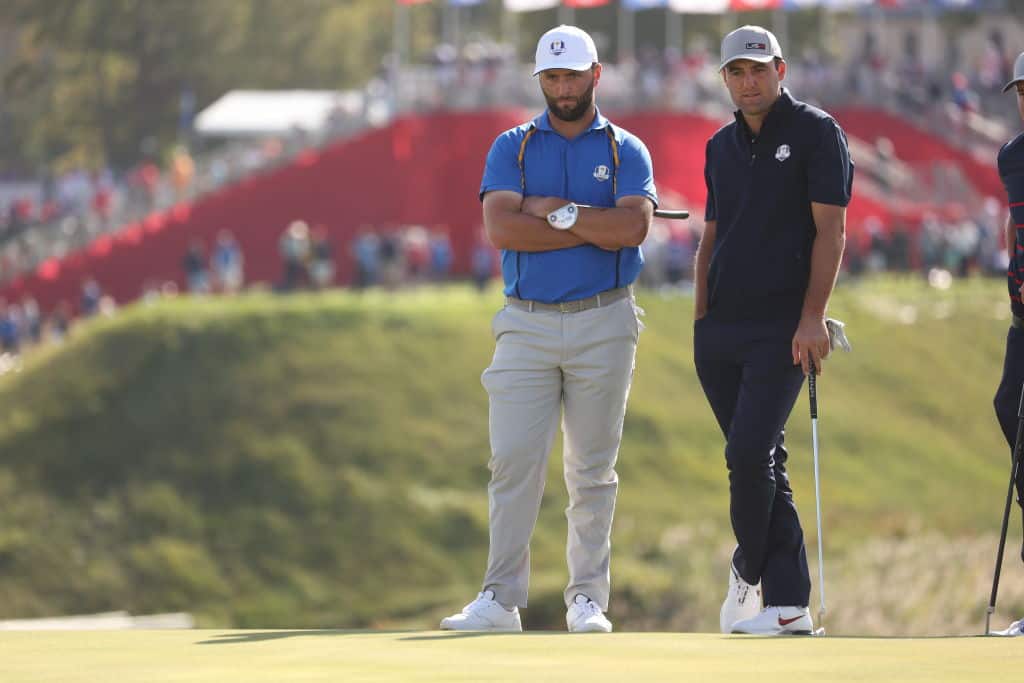 The following week, we will then have the same number of members playing in the Barracuda Championship in California.

Both tournaments will provide terrific playing opportunities for DP World Tour members and should one of our members be victorious, they will also earn an exemption to play on the PGA TOUR as well as the DP World Tour.

These three tournaments are tangible examples of what we have achieved in just a short space of time through our Strategic Alliance with the PGA TOUR, which we jointly announced in November 2020.

The intention behind that Alliance was to further enhance and connect the ecosystem of men’s professional golf through a number of areas, including global scheduling, prize funds and playing opportunities for the respective memberships.

Since signing that historic agreement, we have also announced a Strategic Alliance with the Sunshine Tour in South Africa, as well as an extension to our existing partnership with the ISPS Handa PGA Tour of Australasia, both of which reaffirm the strength and collaboration that exists within golf’s global ecosystem.

Australia’s Min Woo Lee, who will be the defending champion at the Renaissance Club, is a wonderful example of how this ecosystem operates. He initially earned an exemption on the DP World Tour by winning the 2020 ISPS Handa Vic Open, when we co-sanctioned the tournament with the PGA Tour of Australasia, and he went on to win his first Rolex Series event in Scotland last year before finishing the 2021 season in sixth position on our rankings.

Another great example is Min Woo’s compatriot Lucas Herbert, who will defend his title in the Horizon Irish Open the week before the Genesis Scottish Open.

Like Min Woo, Lucas also started out on the PGA Tour of Australasia before winning the Dubai Desert Classic in 2020 and triumphing at Mount Juliet last year. He then went on to win his maiden PGA TOUR title in the Butterfield Bermuda Championship last October and he is now established as a top 50 player on the Official World Golf Ranking.

The success of both Min Woo and Lucas demonstrates the clear pathways which are created by golf’s global ecosystem. Through our long-term partnership with the Emirates Golf Federation, which we announced earlier this year, we ultimately hope one day a player from the UAE will embark on a similar trajectory, climbing golf’s pyramid to eventually become a winner on the DP World Tour or the PGA TOUR.